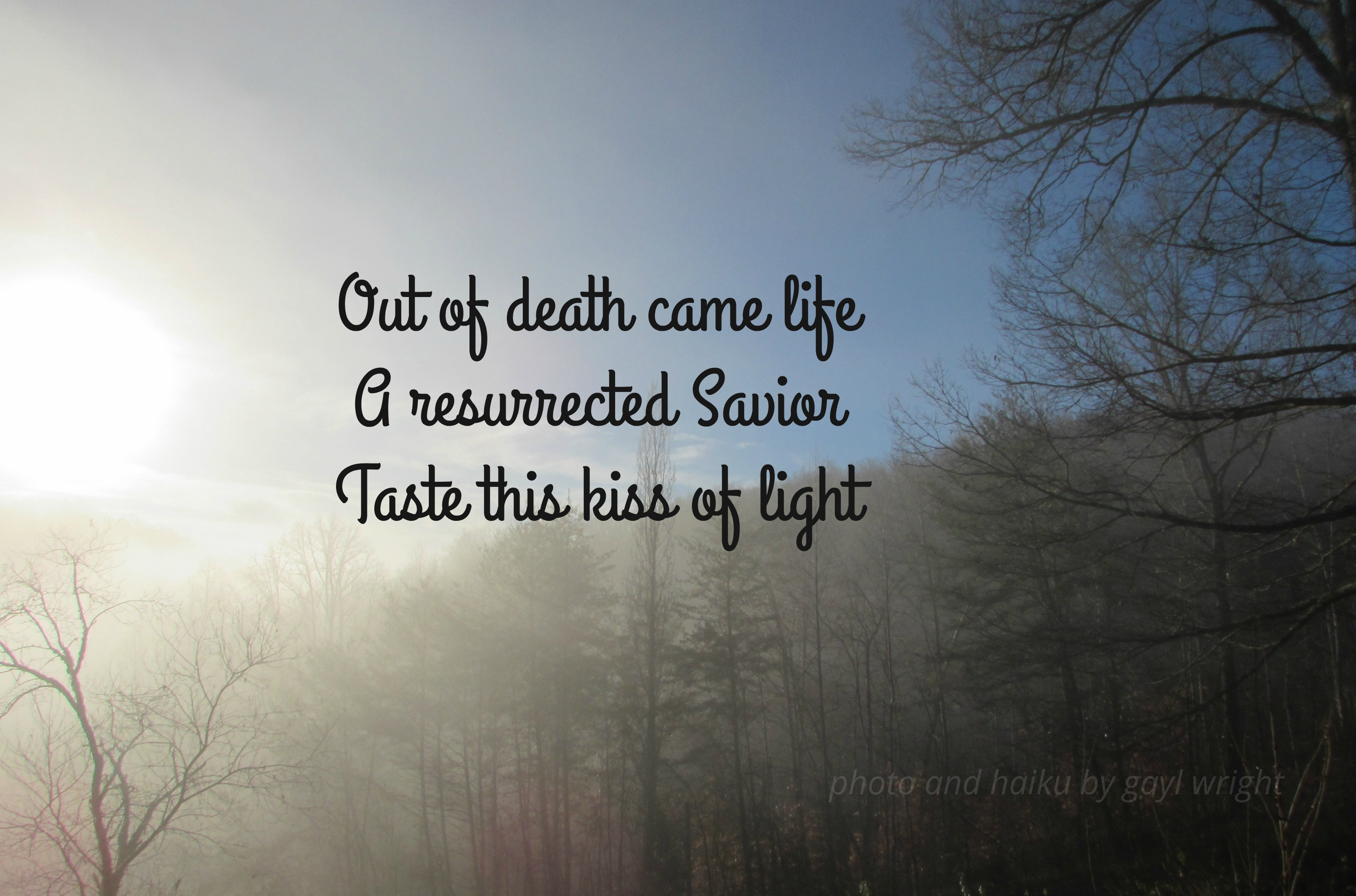 These haiku were inspired by Scripture and the two word prompt for this week’s haiku challenge at Ronovan Writes, which are the words Kiss & Taste. You may wonder why I am writing about the death and resurrection of Jesus during this time of Advent. If you think about it, it’s not unusual since this is the reason Jesus came that night in Bethlehem. It’s a story of God’s love and grace that brings to us real joy, light and peace. My haiku begins with a kiss of betrayal. 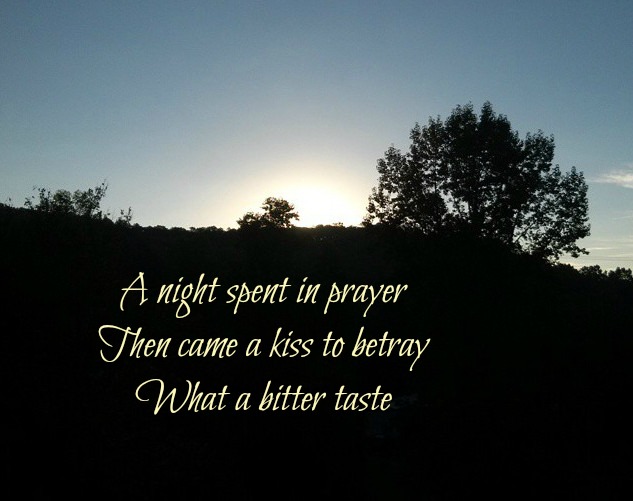 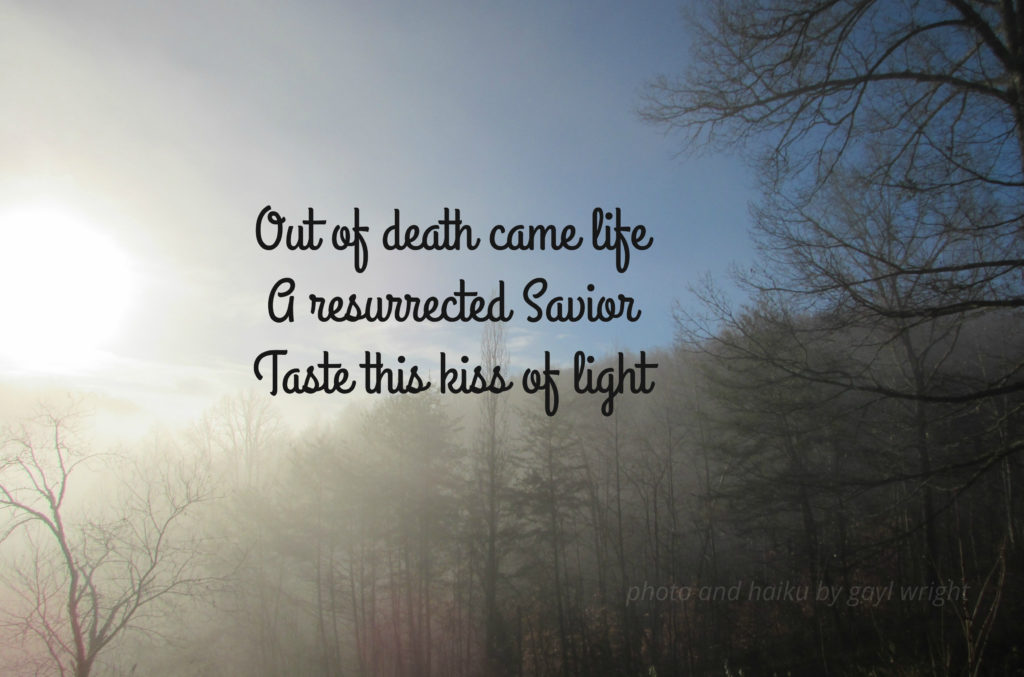 Jesus, born to die
Offered Himself in our place
Taste this gift of love 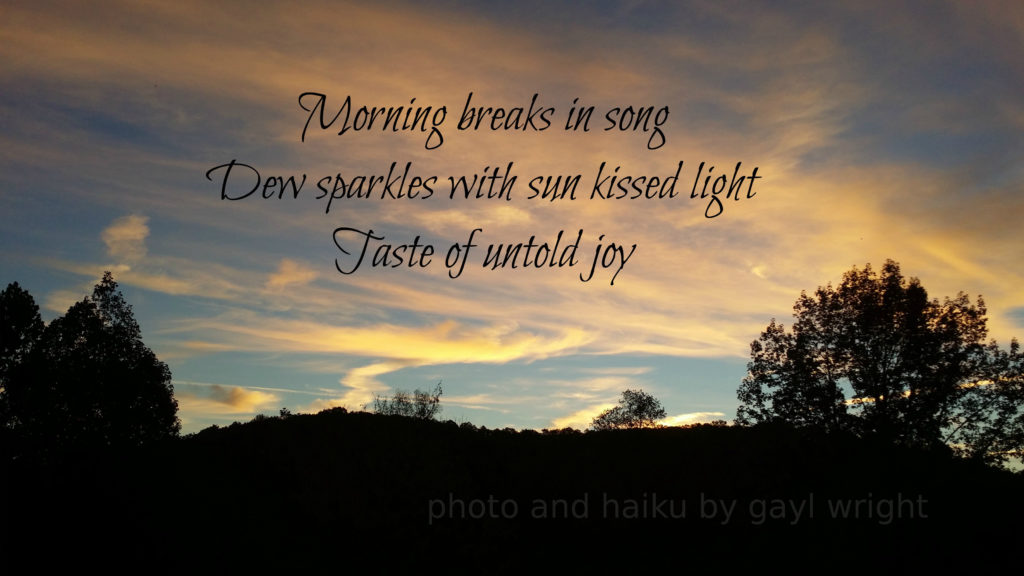 Haiku were inspired by the following scripture passages:

Then he returned to the disciples and said to them, “Are you still sleeping and resting? Look, the hour has come, and the Son of Man is delivered into the hands of sinners. Rise! Let us go! Here comes my betrayer!”

While he was still speaking, Judas, one of the Twelve, arrived. With him was a large crowd armed with swords and clubs, sent from the chief priests and the elders of the people.

Now the betrayer had arranged a signal with them: “The one I kiss is the man; arrest him.” Going at once to Jesus, Judas said, “Greetings, Rabbi!” and kissed him.

After the Sabbath, at dawn on the first day of the week, Mary Magdalene and the other Mary went to look at the tomb.

There was a violent earthquake, for an angel of the Lord came down from heaven and, going to the tomb, rolled back the stone and sat on it. His appearance was like lightning, and his clothes were white as snow. The guards were so afraid of him that they shook and became like dead men.

The angel said to the women, “Do not be afraid, for I know that you are looking for Jesus, who was crucified. He is not here; he has risen, just as he said. Come and see the place where he lay. Then go quickly and tell his disciples: ‘He has risen from the dead and is going ahead of you into Galilee. There you will see him.’ Now I have told you.”

20 thoughts on “Kiss of Betrayal Led to Resurrection Life”