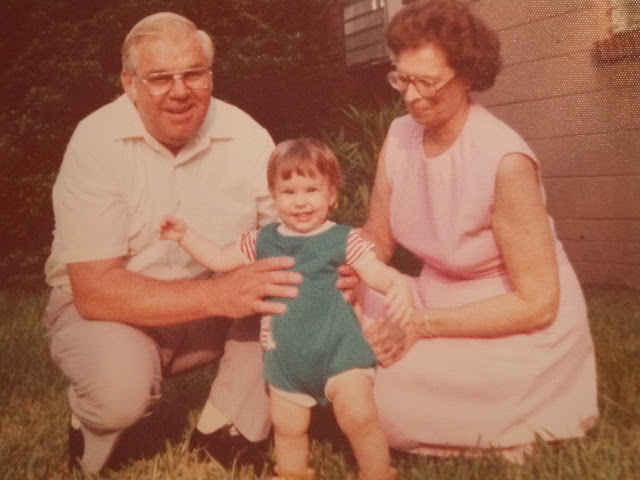 On the day of Sara’s birth, we left home sometime in the early afternoon to head for the hospital. That evening when Steve and my mom arrived home, they were met with quite a mess.

It looked like a hurricane had come through. Our dog was nowhere to be seen and made no sound, even when Steve called him.

The house was only about 600 square feet, but Mel must have found a good hiding place. It was a good FIVE MINUTES before Steve found him!

Before leaving we tried to make a place to keep Mel contained. We closed our bedroom door which was adjacent to the kitchen. Then we put up a barricade between the kitchen and the main room of the house.

We were sure that would make him stay in the kitchen, but that was not to be.

He was probably bored, so he chewed on whatever he could find, including some of the homemade bread. When Mel tired of the kitchen, he went on to greater things.

Making his way past our little barricade, he started on the next room. He proceeded to pile all the little throw rugs in a heap as he usually did, but that wasn’t enough. Next he chewed on the couch seat cushions and scattered the foam all around the room.

Since that was obviously not enough damage, he found our wedding guest book and photo album.

He took a few bites and pretty much destroyed them. I’m sure he did more, but you get the picture.

Bear in mind that this was the first time my mother had seen our house. Thankfully, she was very understanding, and I’m sure she helped get everything back in order. She also did a great job repairing the couch. I don’t have any pictures of the destruction, but here is the couch at a later date. (I couldn’t find a picture showing it from the front.)

Fall came and went and I don’t remember a lot of what happened so we’ll skip to the Winter season. During Sara’s first Winter, Steve crafted a makeshift sled out of a cardboard box and pulled her around in the snow. She loved it!  My mother made the hat she is wearing. The red scarf was mine when I was a little girl. 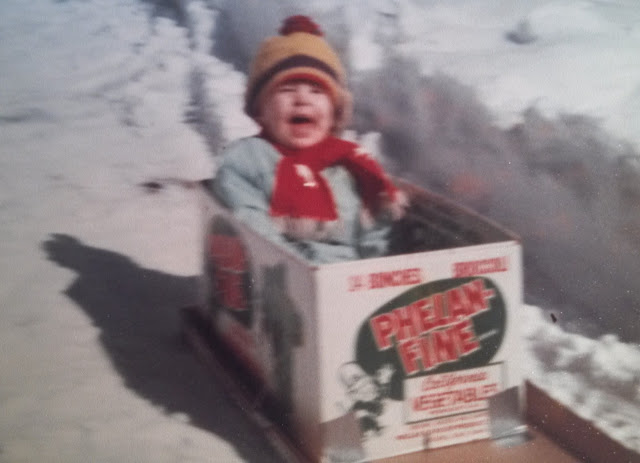 Before we moved to New Hampshire, Steve began a Master’s program at the University of North Florida. So we spent the summer of 1977, with my parents in Florida so that Steve could finish the program. Sara was happy to spend time with her grandparents and they enjoyed their first grandchild.

Every day Sara looked forward to the time when my dad would get home from work. He would pick her up and they’d go on a tour of the house.

Their first stop was the kitchen to show her what Grandma was making for supper. Sometimes she would even get a taste. One of her favorite things was putting on Grandpa’s large headphones and listening to music. 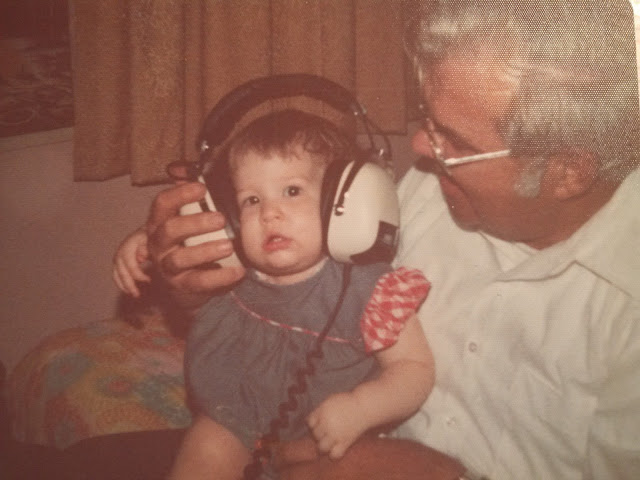 The tour with Grandpa was the highlight of her day.

I’m curious to know if you have any memories of pets and their antics or any other memory you’d like to share. I’d love to read about them!

Next week I’ll share more about our time in New Hampshire. What do you think of when you hear the word triplets?

I’m linking up with: #LMMLinkup,

6 thoughts on “Adventures: A Puppy’s Antics and Baby’s Seasons”