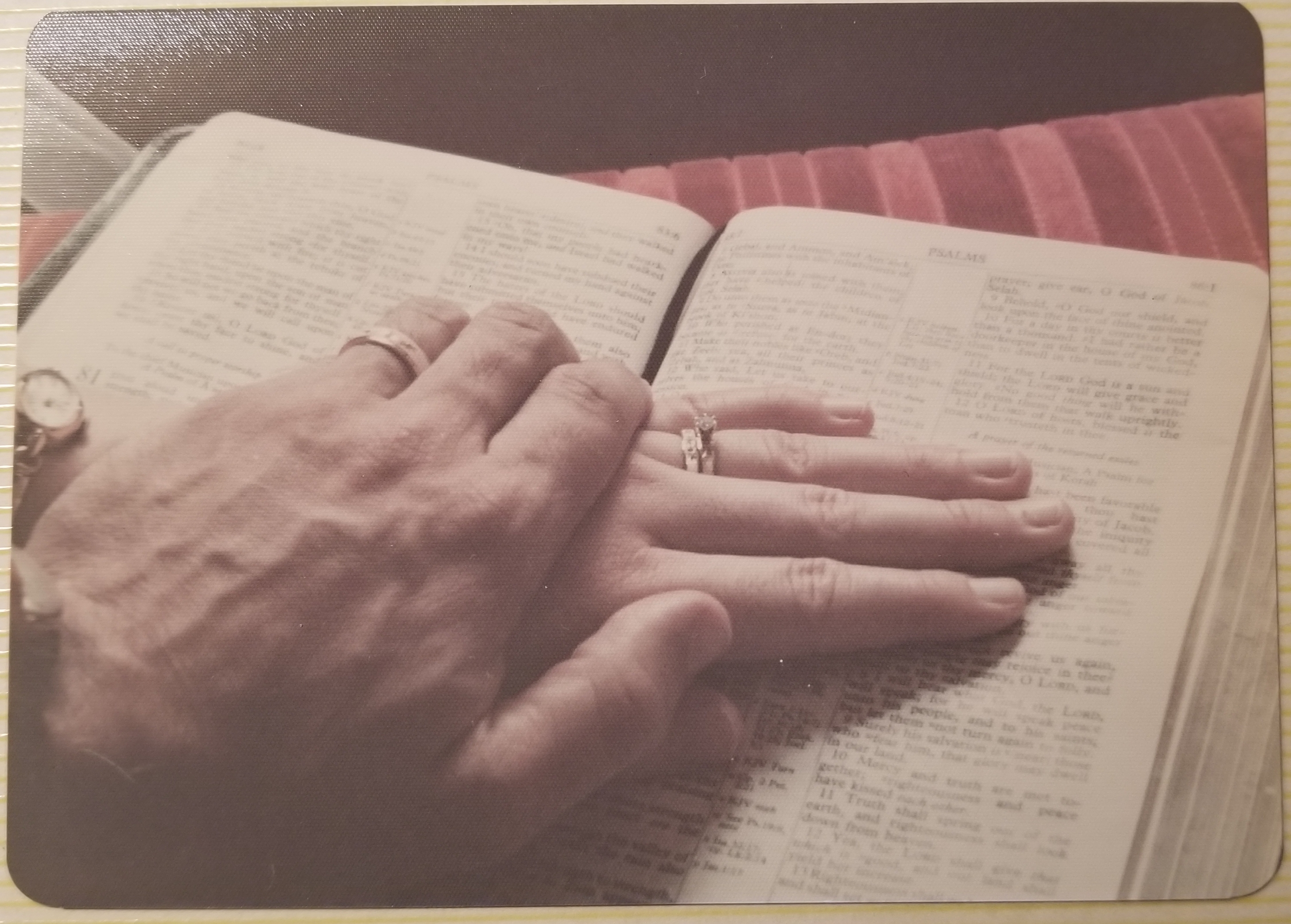 In the post, First House, New Puppy, First Child, I began with the Fall of 1975, when Steve took a job at a Christian school in New Hampshire. I had skipped over our first year of marriage and some details about the move from FL to NH. I thought I had lost the notes but discovered them last Monday.

So for the next couple of Tell a Memory Tuesday posts, I’m going to fill in some gaps. There are details that play an ongoing part of my story, which you will see as we move forward. Then I will continue where we left off last week.

We decided before we were married that our goal would be always to put God first, to honor Him with our marriage.

This picture reminds us that the Bible would be our guide. Of course, we have made mistakes, but the desire to follow God has never diminished. 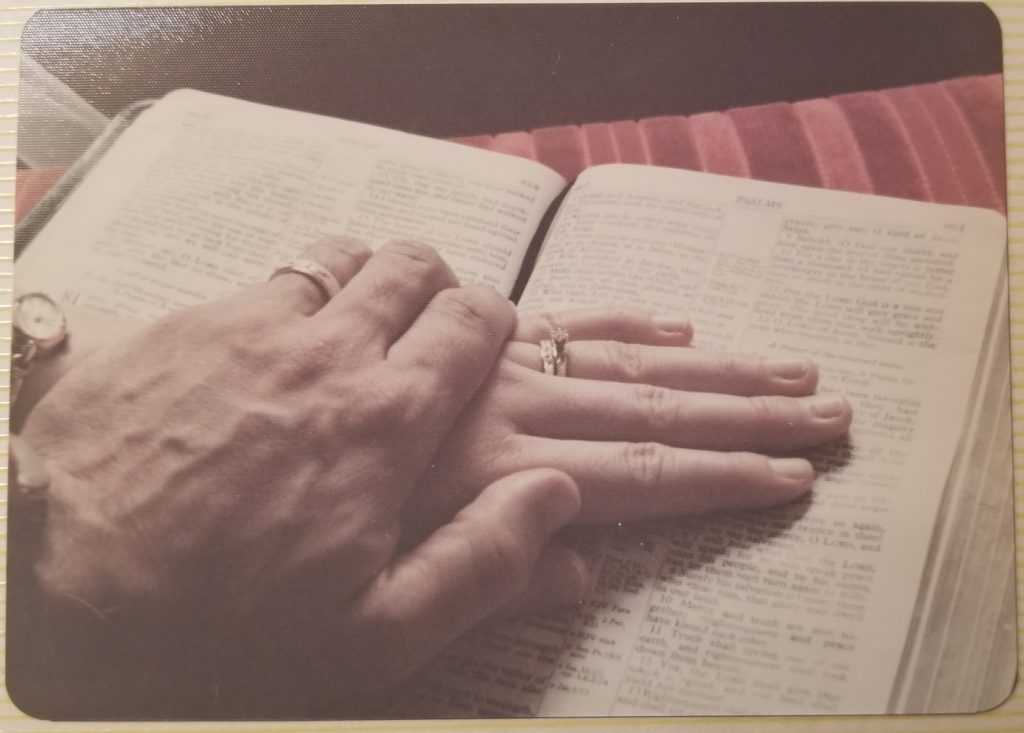 After our wedding, we lived in an apartment in Jacksonville, Florida. My husband began working on a Master’s Degree while teaching part time at a Christian school. I continued my interesting job as a secretary/receptionist/assistant for a plastic surgeon in our church.

Our apartment complex was located on the same road as both of our jobs. It just happened to be right in the middle. My work was in one direction and Steve’s was in the other, but both were in walking distance. 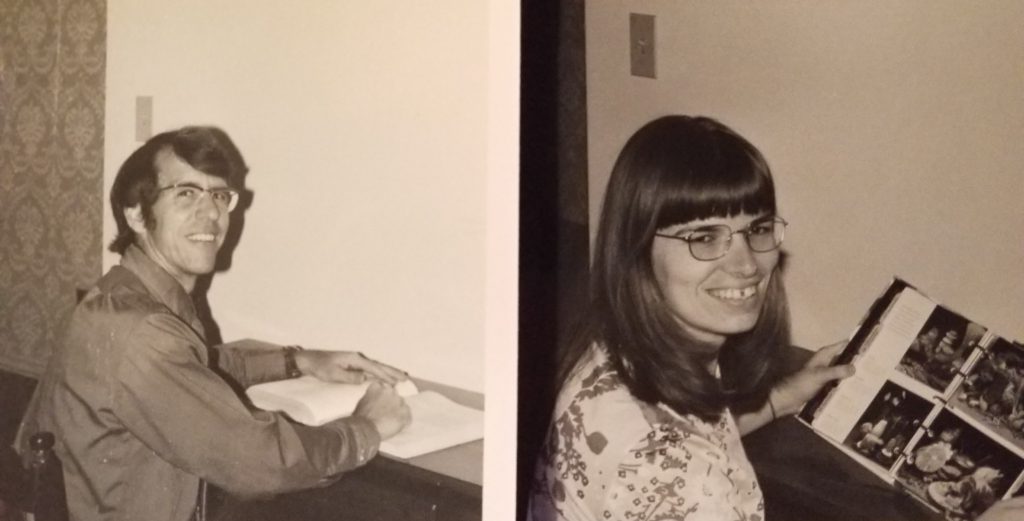 There was a big ditch near our apartment, which must have housed thousands of frogs. Every night we were serenaded by their songs.

We did not have a telephone and there weren’t any cell phones at that time. If we needed to make a phone call, we hopped on our bikes and rode to a friend’s house to use theirs. While at work I would often talk to my mom during my lunch break.

Our first Christmas was fun as a newly married couple. Here is our tree. It may be small, but we loved it. 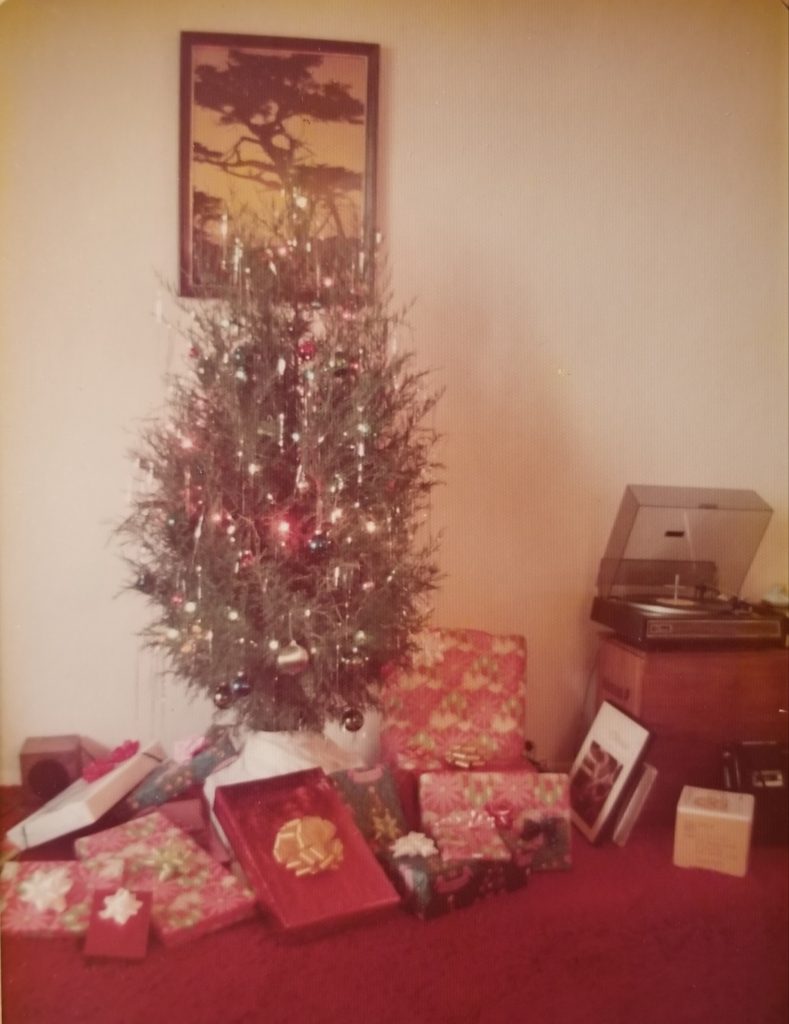 That first year we had our ups and downs of getting used to married life. We balanced that with spending time with friends and family.

Steve also began looking for a full time teaching job for the next school year. He found one at a Christian school in Nashua, New Hampshire.

From Florida to New Hampshire

It was an exciting day in late summer when we left my parents’ house, full of anticipation for this new venture]

We borrowed my brother’s car, a Chrysler New Yorker, to pull a U-Haul since our little Mustang was too small to pull anything. (That New Yorker used to be my dad’s and was the car I used for my driving test at age 16. I actually learned to drive in a 1961 Ford Fairlane which did not have power steering or power brakes!)

The driving time was approximately 24 hours from Jacksonville, FL, to New Hampshire. I’m sure we stopped to spend the night along the way, probably a couple of times.

Since this was before the time of the GPS, we were armed only with a paper map. We thought we had chosen a good route, and for the most part it was. But one part of that trip was very harrowing.

This Florida girl was used to flat roads, not hills and definitely not mountains.

Take my advice. Don’t take the Bear Mountain Parkway in New York state in the dark, especially if you are pulling a U-Haul trailer. (We did not realize it at the time, but it was illegal to drive trucks on it. So it probably applied to trailers, too.)

We finally made it to our destination, and boy were we glad! My brother and his friend drove our car up a week later. Evidently we didn’t get enough winding mountain roads during our move, because we decided to visit Mt. Washington.

My brother drove us up the narrow twisting road in his car, all the while tooting his loud, unusual sounding “ah-ooh-gah” horn as we approached each curve.

Sometimes it seemed like you were looking straight down because you were so close to the edge. We marveled at how the van drivers of the guided tour seemed to just race around the curves.

Soon my brother and friend went home, and there we were miles from my family. But we were only an hour away from Steve’s brother and family and about the same distance from his younger sister. So that gave us time to spend with them on occasion.

Next week for Tell A Memory Tuesday, I’ll tell you about the duplex we rented and what we chose for our first anniversary – a purchase that became a big part of our lives.

I’m linking up with: #LMMLinkup

4 thoughts on “Year One of Marriage and a Big Move”