Welcome to Tell a Memory Tuesday. This week I continue with our first few months in New Hampshire, including gaining a piano. Upon arrival, we rented one side of a duplex in the town of Hudson. On the lower level was a small room on one side with a garage on the other. A door in the garage led to a shared laundry area. 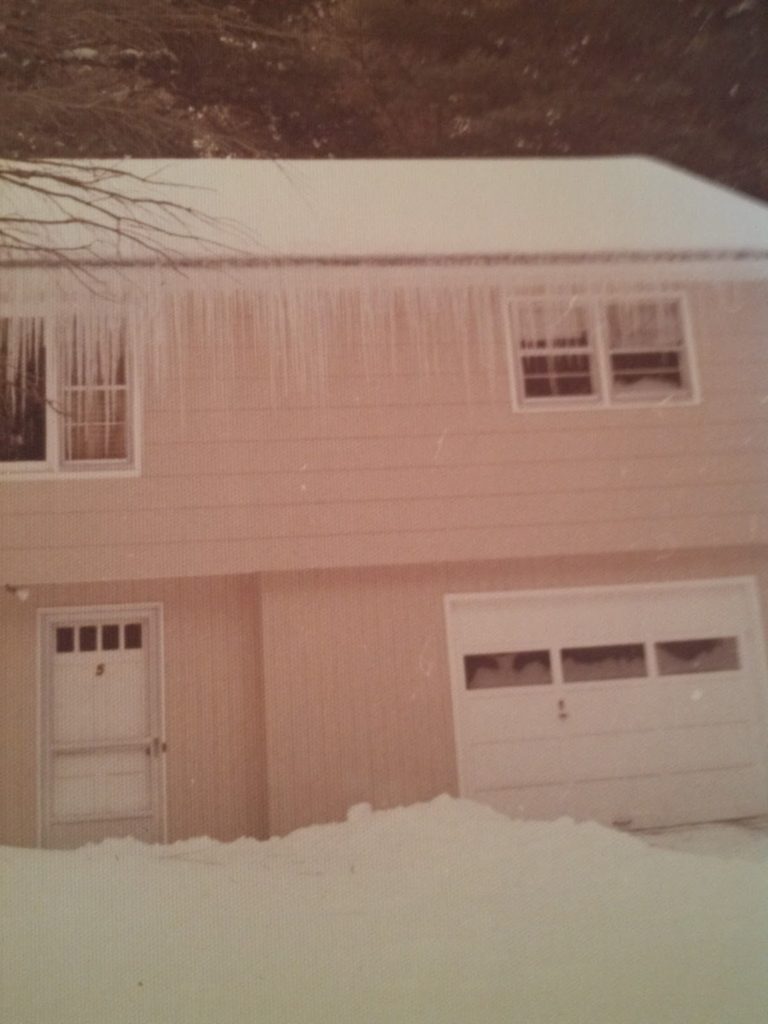 From the small room there were steps that led up to the main level of the duplex. This included the living/dining area and kitchen on the left and the bedroom and bathroom on the right over the garage.

For our first year wedding anniversary we thought about getting a television, because we did not have one. We also thought about a used piano, because we both loved music. I had been without a piano for a year and was pretty lost without it.

As you can probably guess, we decided on the piano. Off we went to search for an affordable one. We found a baby grand in a piano store. It had been dropped, resulting in a crack on one side of the piano but no damage to the sounding board. Steve was able to fix the crack by using wood glue and a large furniture clamp. 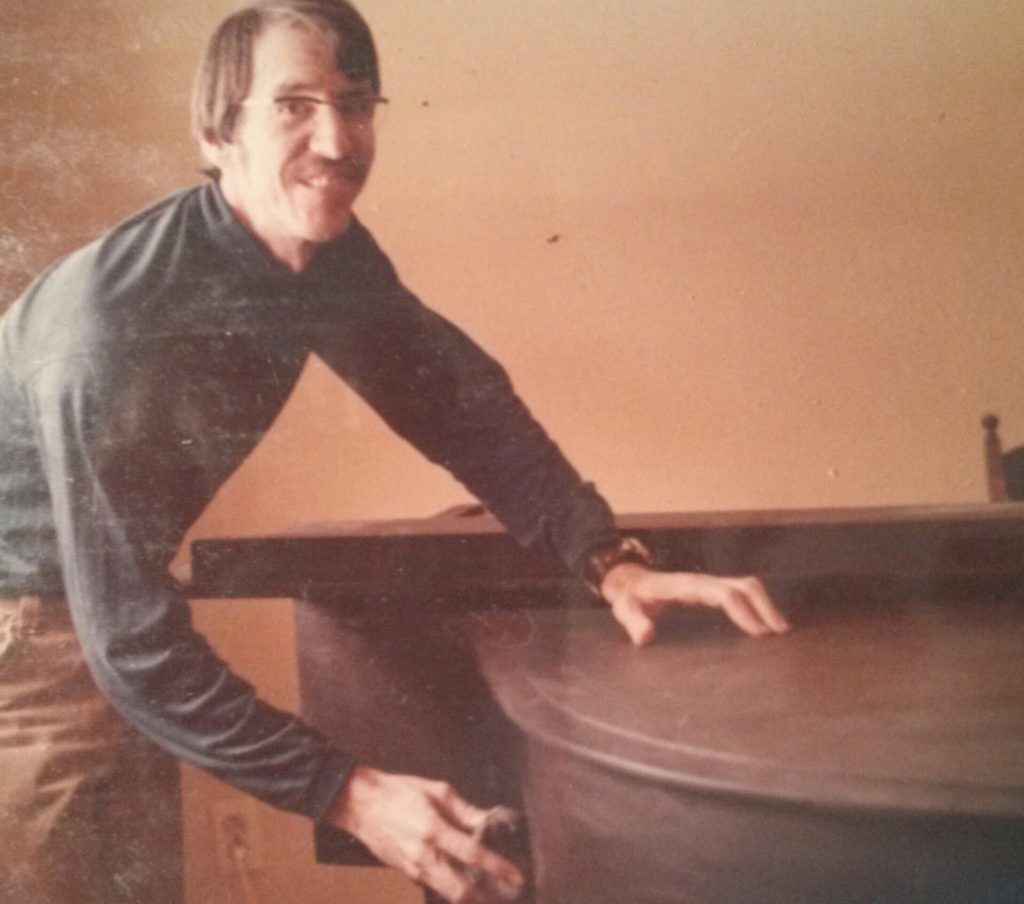 A piano tuner later pointed out that three strings were broken and had been tied together! So he tuned it a half step low so as not to put too much pressure and break the strings. Even with its faults we considered it a good buy because we only spent $300 on it. 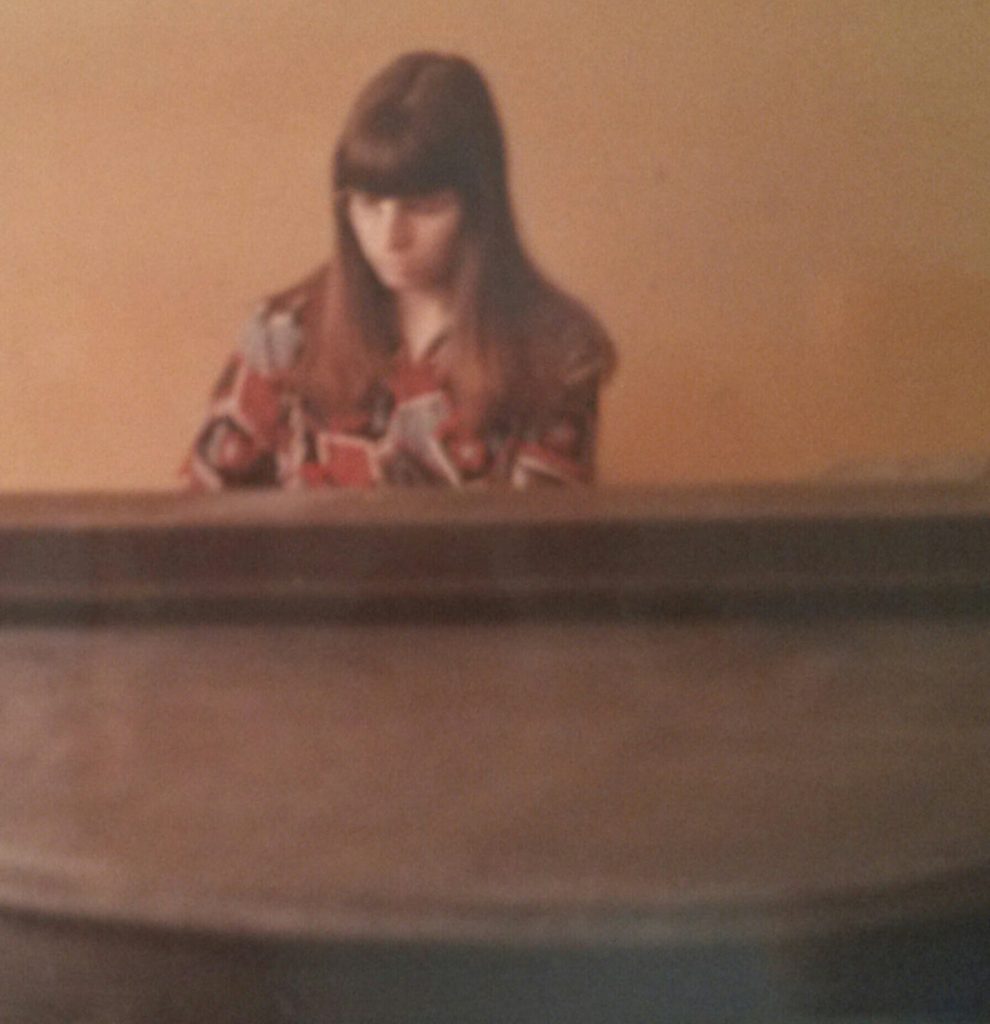 We kept the piano in the lower room of the duplex, which I described at the beginning of this post. Steve and I had big plans of stripping, refinishing and painting the piano. We got most of it done but never completely finished.

I became pregnant. I had trouble eating most things those first few months and was very tired. The smell of bacon or sausage cooking made me feel sick. I remember not even being able to eat apple pie because it just didn’t appeal.

[bctt tweet=”It wasn’t a very healthy diet, but I survived on peanut butter and saltine crackers and coke.” username=”GaylWright”]

After about three months I was able to eat pretty normally again.

We even celebrated Christmas in the duplex with our very own “Charlie Brown” Christmas tree. 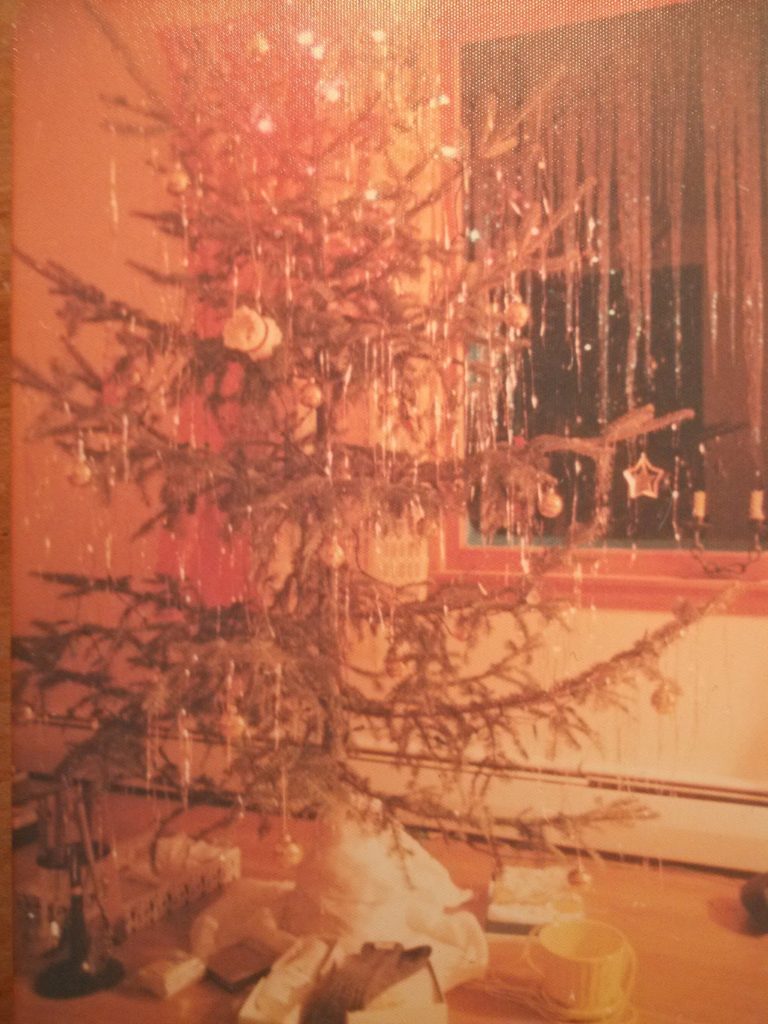 Notice the huge icicles outside the window? Having grown up in Florida I had never seen anything like it and was quite awestruck.

[bctt tweet=”All the snow made quite an impression on me. Never had I seen that much at one time.” username=”GaylWright”]

Our friends told us the snow usually comes before Thanksgiving and stays on the ground until April or May. I just had to get this picture of the mailboxes that barely stuck out above the snow. 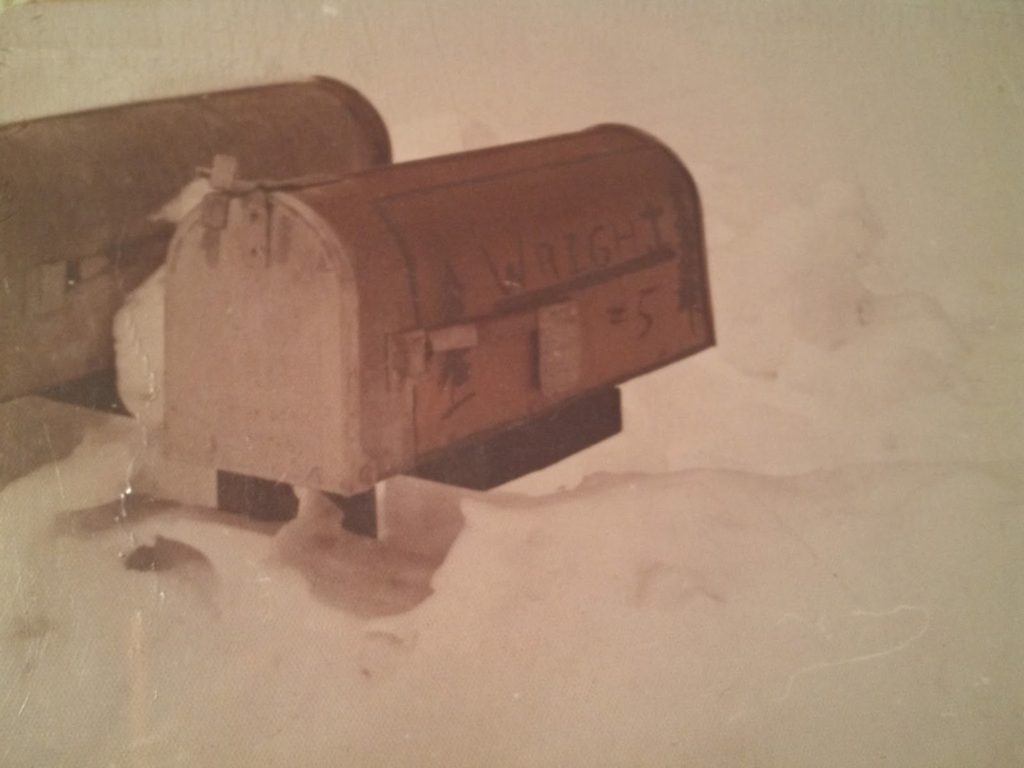 One day I walked out to get the mail, but must have hit a slippery place and ended up sitting down in the snow. It didn’t really hurt because the snow was so soft.

My piano was a life saver for me during that time, because I had not met many people besides the other teachers at the school. At home by myself while Steve was at school, I practiced several hours a day. All that time spent playing enabled me to memorize a few pieces.

Eventually we found a church to attend. We even gave a little concert there one night. *My husband sang some of Ken Medema’s songs while I accompanied him on the piano. We also spoke a little and I played some special arrangements of hymns.

[bctt tweet=”Unbeknownst to us, someone recorded it on a small cassette tape, which we still have.” username=”GaylWright”]

Later we switched to another church where I became one of the regular pianists.

Today my piano sits in the living room gathering dust. Clutter often hides the top surface. I don’t play it much, because it is out of tune. I hope to remedy that soon.

This piano started its journey with us in New Hampshire. Since then it has accompanied us on several long distance moves and some shorter ones. As you can tell, it is not a small piece of furniture. Every time we moved we had to remove the legs and the lid, and have several people help to lift and move it.

*Though we only used a piano, here is Ken Medema singing one of the songs my husband and I shared at that early concert:

Next week for Tell a Memory Tuesday, I’ll share when my love for the piano started and how it has stayed with me. Then the following week I’ll return to where we left off just before another big move.

As always, I’d love to hear about any memories you have that might come to mind as you read mine.

12 thoughts on “Piano, Snow and a Pregnancy”