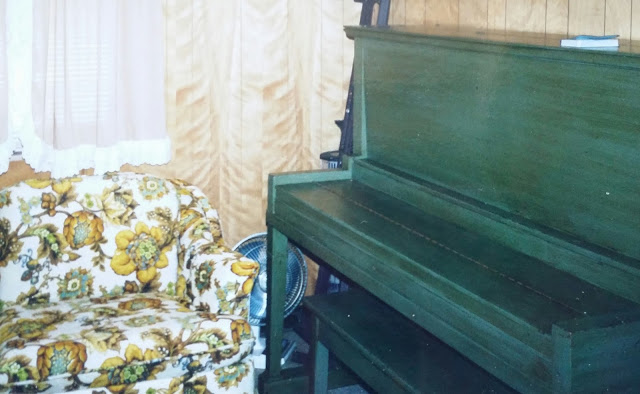 Welcome to the next installment of Tell a Memory Tuesday! This week is about my love of playing the piano and the pleasure felt from God. It’s told from the piano’s perspective and shows the progression from the beginning when I was a little girl. I hope you enjoy. (This was updated from a post at my former blog.)

The old piano stood upright in a corner of the room. He was silent most of the time, because he couldn’t make music by himself. How he wished for someone to bring him to life!

The mother of the house played occasionally, but she was not very confident of her abilities. Her only lessons were through mail order using shaped notes. She never had an actual teacher present with her. Mostly she played from an old hymnal.

The mother may not have thought she was good at it, but her daughter loved to hear her play. Sometimes the little girl would touch the ivory keys, delighted at the sounds that came forth. She tried her best to learn to play from some early learning books, but she couldn’t understand it all.

When she was nine years old her parents decided it was time for some real lessons.

Pleasure from the Piano

From the beginning she showed promise and learned quickly. She loved it! When she had learned the notes well, she wrote a song about how we should love Jesus because He first loved us. The old piano was thrilled and could feel the love when the little girl played.

Time passed as it usually does, and the little girl continued to improve her piano skills as she grew older. At her high school she accompanied the girl’s choir. Her typing teacher told her to take care of her hands because of her talent.

One day, years later her hands were severely injured by dog bites and she wondered if it would affect her ability to play. It took awhile but she was finally able to play again. That story will come in later where it fits chronologically.

She played lots of fun songs from Mary Poppins to The Sound of Music to jazz to classical. When she was feeling angry she would play loud, aggressive songs. Other times the music was more subdued. She loved playing hymns, sometimes singing along.

I think she must have felt a special connection to God when she played.

After supper at night she would often go right to the piano and start playing through the hymnbook. Many times it enabled her to get out of washing dishes. Her mother enjoyed listening so much she would clean the kitchen herself.

As her fingers frolicked across the keys, the melody would float right out the open windows filling the night with music. Sometimes people would stand on the doorstep listening for awhile before they rang the bell.

Piano Gone but Not Forgotten

Years passed and the little girl grew up and got married. The old piano smiled to himself because he was instrumental in procuring her a husband. (That’s also another story I’ll share sometime.) He didn’t see the girl much anymore except when she came to visit.

Eventually her mother sold the house, and the piano stayed there. The girl never forgot the piano and I’m sure the old piano never forgot her. She often wished there had been a way to keep him, but it was impossible.

As time went on she became a mom but still spent time accompanying school and church choirs, soloists and congregational singing, which she loved. When the people sang it was special, because something stirred within her very soul. Her emotions spilled out through her fingers as they moved along the keyboard in response.

That little girl is now a grandmother. She doesn’t spend as much time at the piano now as she has also found ways of expressing herself through writing and art. [bctt tweet=”But when she does, her fingers share the feelings in her heart as they dance along the ivory keys. Once again she is lost in the wonder and magic of the music.” username=”GaylWright”]

In the film Chariots of  Fire, we learn something about the life of Olympic runner, Eric Liddell. At one point his sister was worried that he was spending so much time running he would forget about God. His answer to her was this,

God made me fast. When I run I feel God’s pleasure. ~Eric Liddell~ 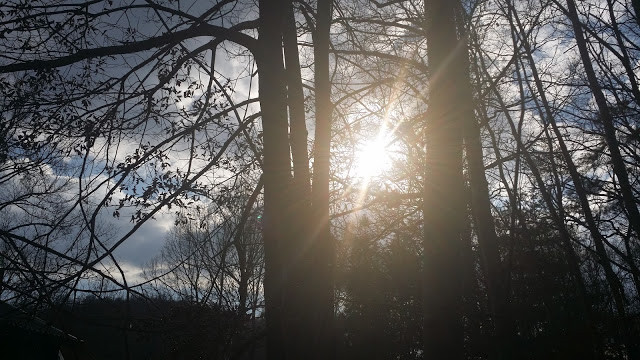 I believe God gave me the ability to play the piano. When my fingers are traveling across the keys making music from my heart, I, like Eric Liddell, feel God’s pleasure.

What about you? Do you ever feel God’s pleasure in something you do?

Whatever God has given you to do, whether it be playing an instrument, being a prayer warrior, encouraging others, making art, teaching, preaching, being a friend, a mom, a dad, a child, a student or any other calling, you are contributing your part in this big wide world He has created.

Whatever you do, do it from the heart, as something done for the Lord and not for people, knowing that you will receive the reward of an inheritance from the Lord. You serve the Lord Christ.

Do you have a memory of something begun in childhood? Does it still bring joy or have things changed? Please share in the comments if you’d like.

I’m linking up with: #InspireMeMonday, #TellHisStory

14 thoughts on “Pleasure: In Playing Piano and from God”