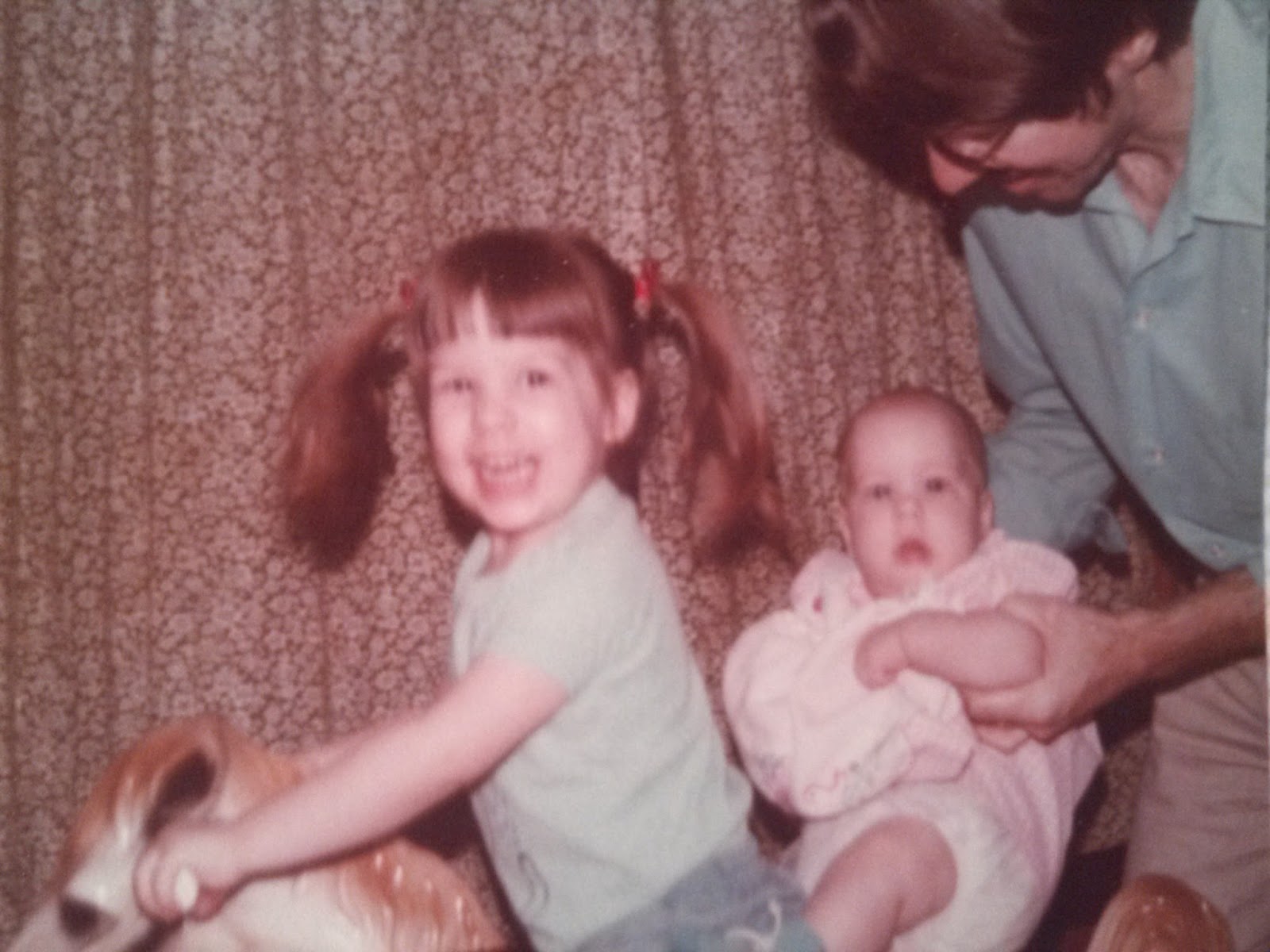 This installment of Tell a Memory Tuesday finds us having a new adventure, and not just one adventure but several within that year – moving, finding a doctor, hospital woes, new baby, rental house.

In the summer of 1978, when I was five months pregnant with our second child we moved from NH back to Jacksonville, Florida. We lived with my parents for the first six months and then into a rental house.

For the move, we used a large U-Haul trailer, pulled by our old Chevy Suburban which had no air conditioning.

My younger brother and his friend came up to help us. Thankfully, my brother’s car, which used to be our Mustang, did have AC.  Sara and I rode in it the whole time, while the guys took turns driving the other.

The Suburban overheated once or twice during the 24 hour drive. To break up the trip, we spent a night with Steve’s sister in New Jersey. It was quite an adventure. Upon arriving in Jacksonville we moved in with my parents, and Steve took a temporary job at an Episcopal High School.

It was hard to find an affordable doctor at first. After a lot of looking, even checking out a birthing center, we finally found an older doctor. His fee was reasonable, so we chose him. He was one of the best I have ever had.

Even though Jacksonville, FL, was much bigger than Nashua, NH, they were not as advanced in their maternity ward.

My labor and delivery went pretty quickly, like my first. But instead of taking me right to a room afterward, they insisted I go to recovery.

My doctor said recovery was not necessary, but they said hospital policy required it. The funny thing is, they were remodeling the recovery room, and it was unusable. So I had to lie there in the hall to be monitored.

Talk about a way NOT to get rest. At least I was able to leave the hospital the next day after less than 24 hours there.

My relatives greatly anticipated our arrival home from the hospital. As we walked in the front door, my parents, brother, grandmother, young cousin and little 2 year old Sara waited in a line.

Everyone exclaimed over the new baby. It overwhelmed Sara, and she began crying. Immediately Steve scooped her up and the four of us went to our room, closed the door and had special family time.

Jamie was not as easy going as her older sister as a baby, and she didn’t like to sleep. What I could always count on was the baby swing. She loved it and would usually drop off to sleep pretty quickly. 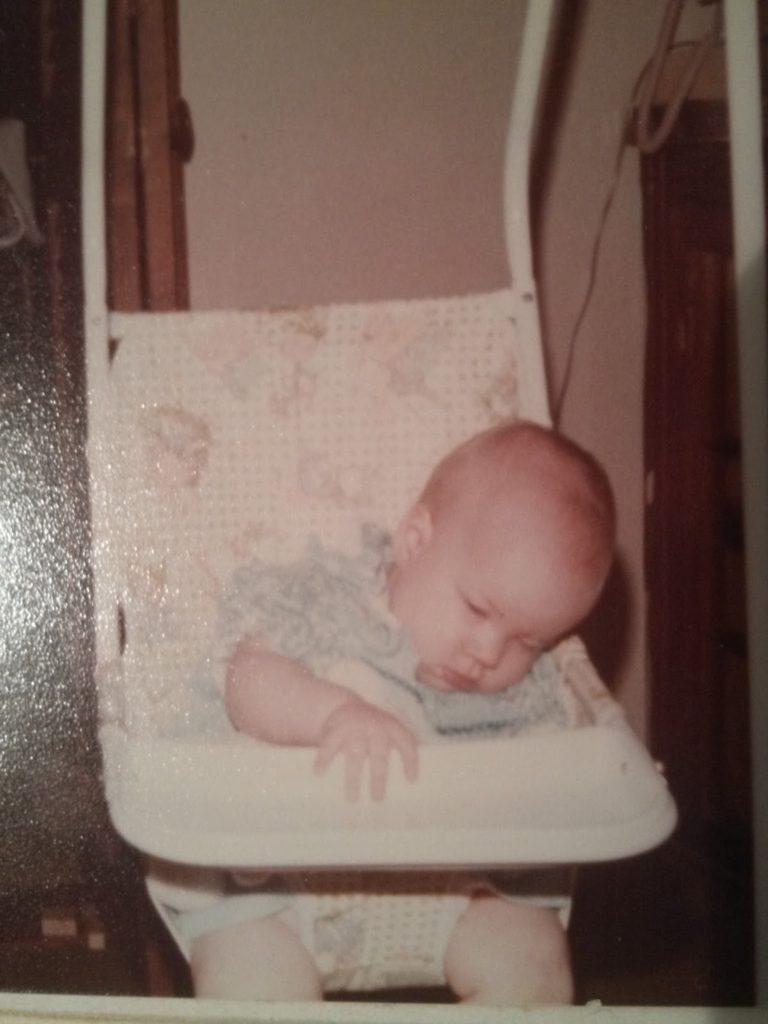 When Jamie was six weeks old she got very sick. It was pretty scary for awhile. [bctt tweet=”Imagine having your 6-week old baby go limp in your arms because of high fever and congestion.” username=”GaylWright”]

To top it off our pediatrician was out of town. The doctor on call recommended a combination of aspirin and Tylenol which is what finally helped to break the fever, and she began to improve.

Right after Christmas, when Jamie was about 2 months old, we moved into a rental house near my old high school.

Our neighborhood had a long block with a sidewalk. I took the girls out every day for a walk, pushing Jamie in a carriage while Sara rode her tricycle. It was a great way to lose the baby weight as it pretty much came off  just from walking. Plus it was good for us to be out in the fresh air getting exercise.

One day, I thought it would be fun to have a picnic in the front yard. So I put a blanket on the grass and brought the girls and food outside. But that was short lived.

Just as we sat on the blanket, I noticed lots of sand fleas hopping around, so we had to forgo having outside picnics.

We did have some happy times during the six months we lived in that house. The girls loved the piano and loved hearing me play it. 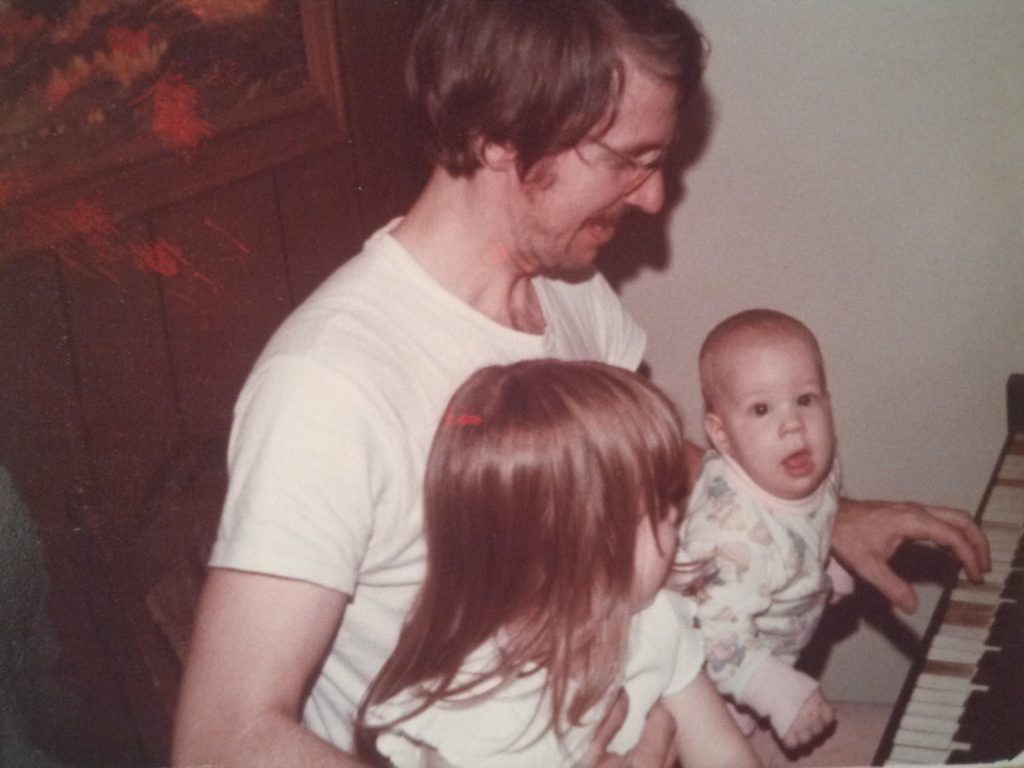 Jamie loved being close to Sara. 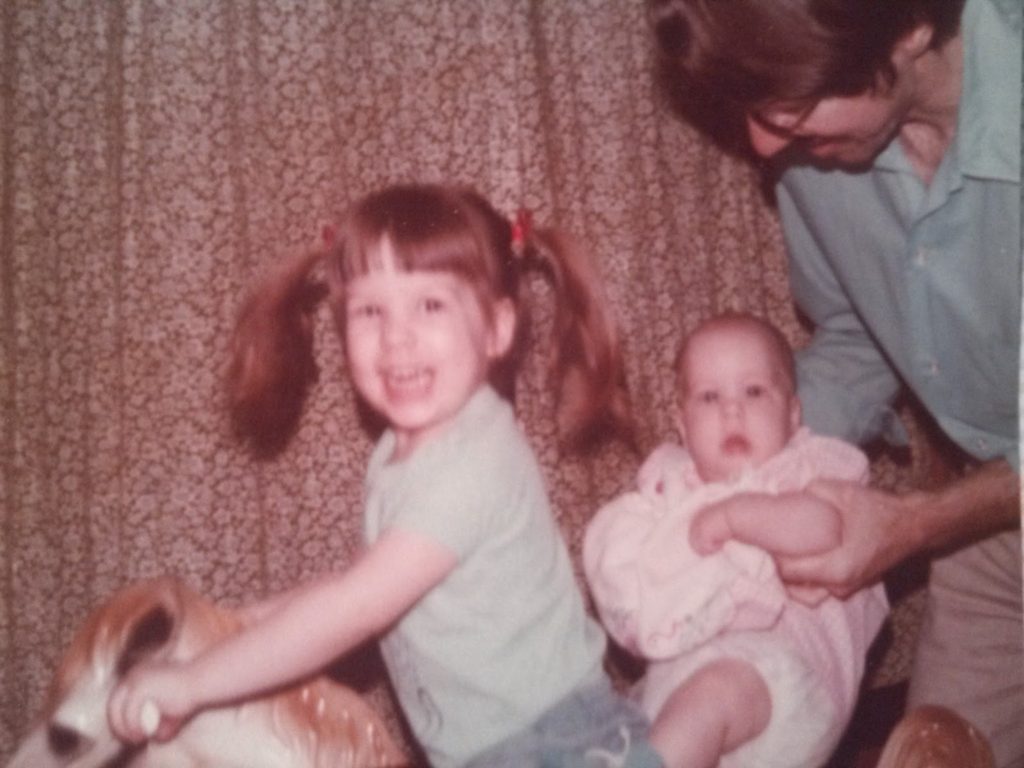 We found more problems besides finding fleas in the yard. There was also a broken fence gate, a flood and a bad roach infestation. I’ll tell you about some of those in next week’s post and how they almost withheld our deposit.

Do you have memories of moves, rental places, hospitals, babies? Please share any that come to mind. I’d love to hear them.

I’m linking up with: #InspireMeMonday, #TellHisStory