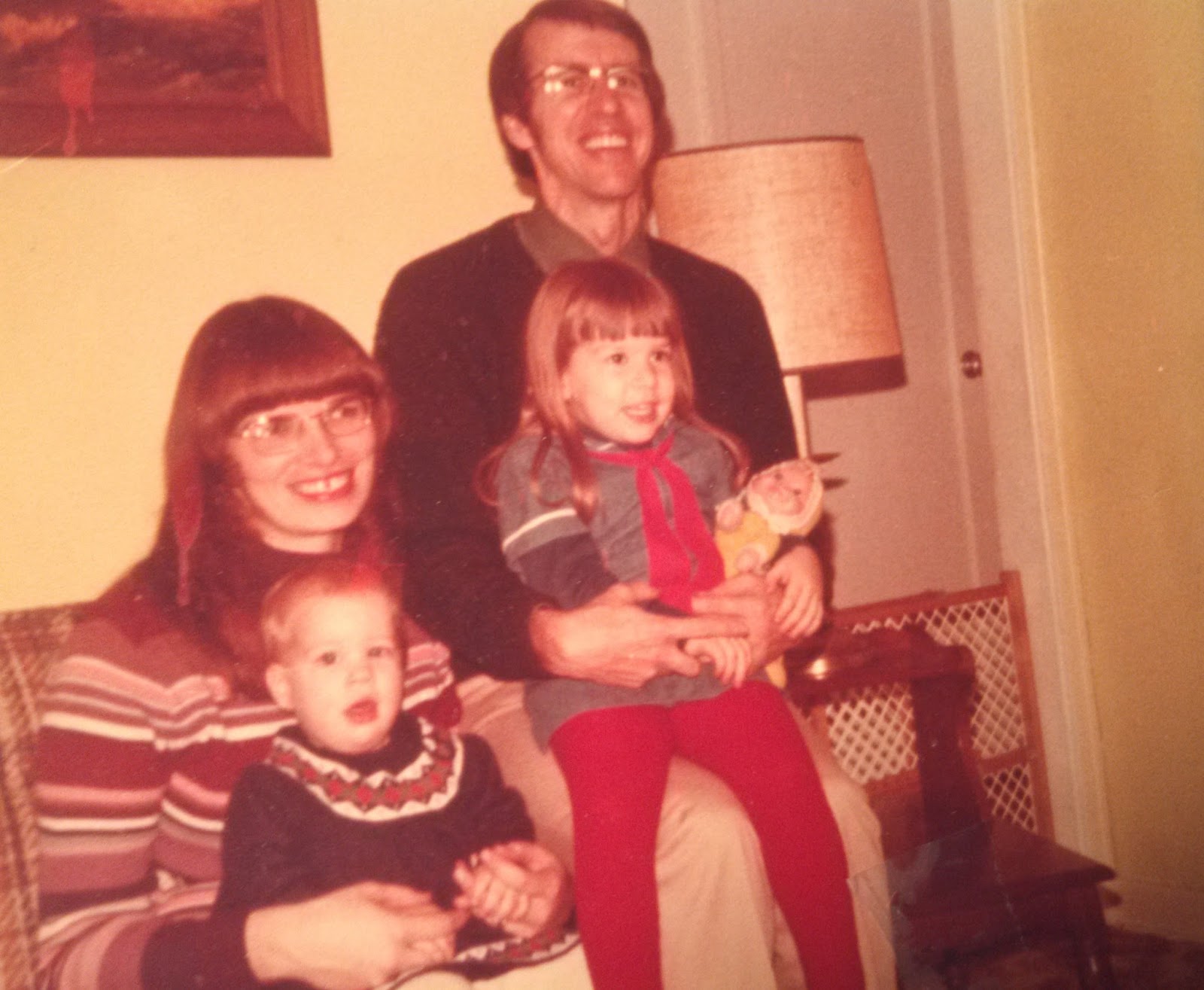 This week Tell A Memory Tuesday includes a blizzard, holidays and fun. October 31, 1979, started out like a pretty normal day. Sara was excited to dress up to go “Trick or Treating.” It wasn’t much of a costume but she had fun with her tiger mask. 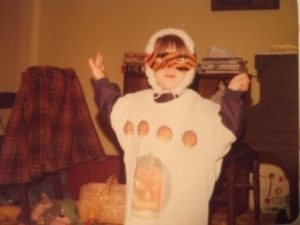 That night it started raining, then quickly changed to sleet. By morning it had turned into a roaring blizzard. I had never seen snow so thick with the strong winds blowing it sideways. I have a better picture now of what Laura Ingalls Wilder meant when she wrote about blizzards with snow so thick you couldn’t see very far.

The blizzard did not last as long as those described in the Little House on the Prairie series, but because it was such a wet snow, it knocked out power. No power meant no heat and no water. There must have been a generator at the main building, because I remember walking to the cafeteria to get warm.

Steve’s sister, who lived about 3 hours away, did have power so we went to visit them for a few days. Later the girls had some fun in the snow. Steve and I sometimes enjoyed cross country skiing. After the big blizzard, we did not have much more snow that year. We did have lots of ice storms which made the plants look pretty. 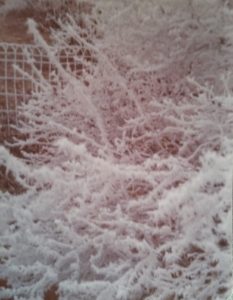 The girls did have some fun in the snow, and Steve and I did some cross country skiing.

Christmas Holidays Away from Our Parents

This was the first year we did not spend Christmas with my parents. South Dakota was far away from Florida and neither of us could afford to make the trip at that time. The holidays were not the same without them. At least we had some family with Steve’s sister, Ruth, her husband, Gary, and their two boys.

We had an interesting celebration as our children wanted to act out the Christmas story. I played carols on the piano and Gary was the donkey. 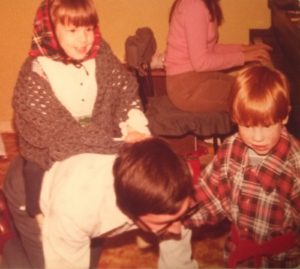 My 3 year old nephew, Michael, was Joseph, and Sara was Mary. Her little baby doll was used for the baby Jesus. For months after that whenever anyone asked Sara what her doll’s name was she would say, Baby Jesus. 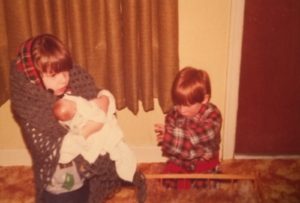 The girls enjoyed their gifts we had set out for them on Christmas Eve. 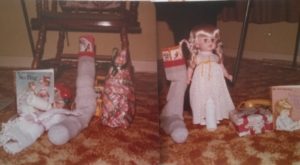 Another Christmas memory is what happened while the girls were sitting at the table enjoying their candy canes. 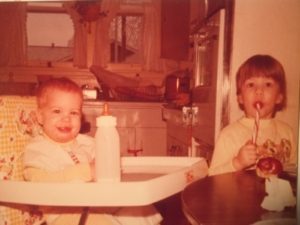 Sara would start singing, “La, la, la, la” with the second “la” accented and in a higher tone and the last two going down the scale. She would repeat it over and over. Well, Jamie decided to try it, only hers came out, “Wa, wa, wa, wa.” That would irritate Sara and she would yell out, “No, don’t copy me it!”

This picture shows our family as we were in South Dakota. 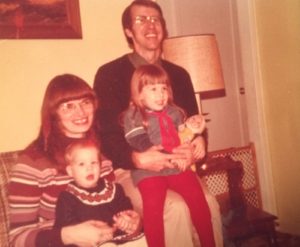 Next week I’ll share more about our adventures in South Dakota.  My trip to town with a friend and our children almost left us stranded, and it may involve some cows. You can find the rest of my Tell a Memory Tuesday posts HERE.

2 thoughts on “Holidays and a Blizzard: South Dakota Part 2”