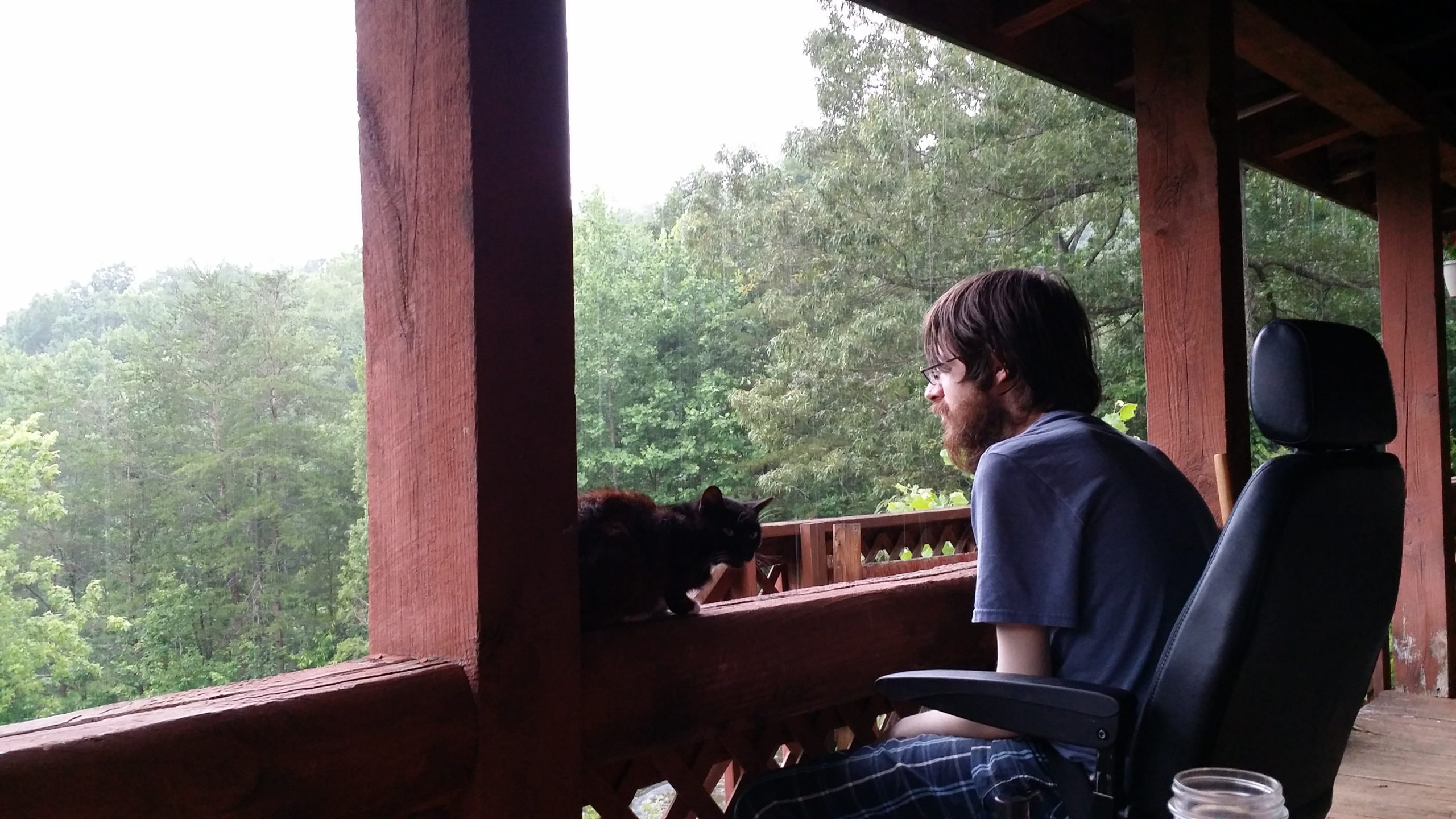 On Saturday, November 30, 2019, in the evening, my beloved son, Stephen, lost his battle with disease and flew into the arms of Jesus. He was 29 years old, born on November 25, 1990. Our family is all facing a grief we didn’t want.

How I miss his sweet smile, his hugs, his wit and wisdom! I miss the talks we had and the fun times reading books together. Although the last couple of weeks were hard, as he was in a lot of pain and couldn’t eat or drink much, I cherish the time I had with him.

I am thankful I could be with him in the hospital those last few days and hours. The day was not an easy day, especially after the doctor came in and told us the prognosis was not good.

After the doctor left, Stephen looked at me and said, “Mom, how are we going to get through this?” I told him I didn’t know, but God would go with us every step. Then I hugged him and prayed for us.

Later I sat in the chair and read a couple of Psalms to him from my daily reading. He reached over and grabbed my hand. I got up, went around to the other side of the bed so I could get closer to him. Then I hugged and kissed him again and we prayed.

His dad came back to the hospital that afternoon and we were both planning to stay that night with him. A brother, a sister and a niece also came to visit for a little while. Earlier I had shared with all Stephen’s siblings what the doctor said about the prognosis.

A TURN FOR THE WORSE

A little past 7:00 in the evening, just after the day shift nurses left, Stephen began having difficulty. He started to panic and I called the nurse. When the nurse didn’t come right away I called again and said we need them NOW.

The nurse began giving him oxygen right away. We both told him to breathe slowly in through the nose and out through the mouth. I turned his face toward me and kept repeating it as he breathed along with me. Slowly he seemed to respond.

But then he started slipping again, and I did the same thing. This time they called in the Rapid Response Team. They said everyone would have to leave the room, but I refused, telling them that Stephen needed me. The first thing they did was remove the oxygen tube and replace it with a mask.

I continued to stand beside him talking to him, caressing his forehead, loving him. His pulse was faint and his blood pressure was falling. They gave him meds to stabilize him enough to get him up to ICU. But I somehow sensed it was over already.

They instructed us to call his siblings and tell them to come. While we did that, they took him up and began to try to resuscitate him. We gathered in the ICU waiting room where they told us to wait.

Finally, a doctor came out and said Stephen was not responding. He asked us if we wanted them to keep trying, but we realized that it would not be good. So they removed most of the equipment and let us go to him.

One of his sisters held his face in her hands, told him to come back, assured him of our love and that we were all there. In fact we were all telling him we loved him. He opened his eyes and turned his head. We knew he was trying to say something because he moved his mouth, but the breathing tube was in the way.

I like to think he was telling her he loved her, too. But maybe he was saying goodbye. After that we watched as the monitor lines went straight.

His dad and I and his six siblings surrounded his bed. Amidst the crying one sister, her voice breaking at times, began singing a lullaby she sang to him when he was a baby. Others joined in as they could. Then they began another song my husband used to sing to him at night.

Our two pastor friends who were with us prayed for us all, as did the hospital chaplain. We were allowed to stay with him as long as we wanted, which was a very long time. No one wanted to leave. I’m so thankful for my loving family and friends.

GRIEF BUT NOT FOREVER

We all miss him so much. I’ve known grief before, but not like this.

A part of my heart is gone, missing from my presence. My son, whom I carried in my womb and gave birth to, is no longer in my sight.

But he is in the presence of God. He is free of his broken body with all its problems. There is no pain and he is filled with joy. I can rejoice for him and have a sure hope that I will see him again. We WILL be reunited one day and what a day that will be!

A tear silently rolls down my cheek as I sit here on the porch.  It is a beautiful day, albeit slightly cool. Grief is strong. I wish Stephen could be sitting here with me. But I don’t wish to take him away from the perfect place where he is now. I will hold him in my heart for as long as I live. His memory will never fade away.

I love you, sweet Stephen! I love you with a mama’s fierce love, and I will never stop loving you. Grief is strong, but love will get us through.

Are you grieving today the loss of someone dear to you? If so, I pray that God will be near you and comfort you through His word and through friends who are near.

Praise be to the God and Father of our Lord Jesus Christ, the Father of compassion and the God of all comfort, who comforts us in all our troubles, so that we can comfort those in any trouble with the comfort we ourselves receive from God.

28 thoughts on “Grief: Thoughts from a Mother’s Heart”